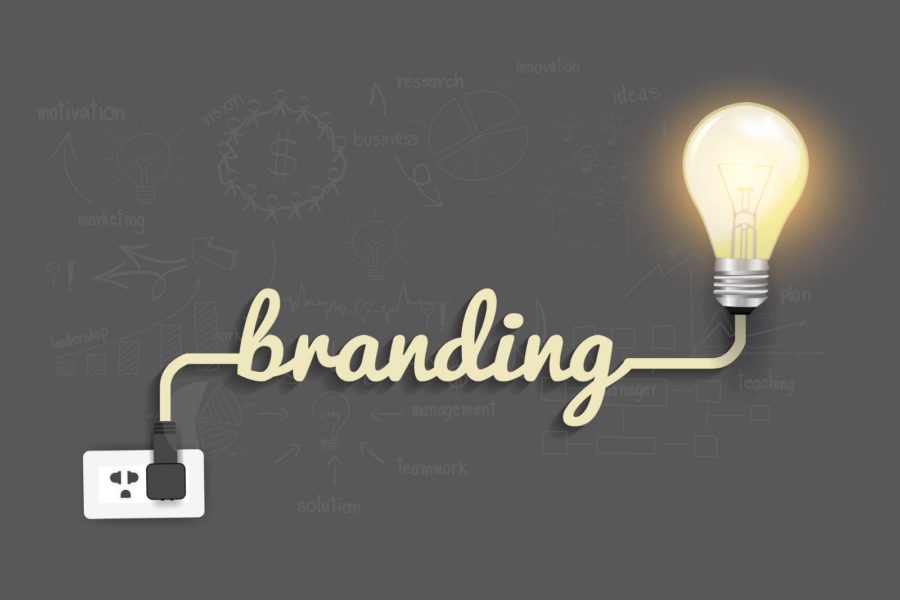 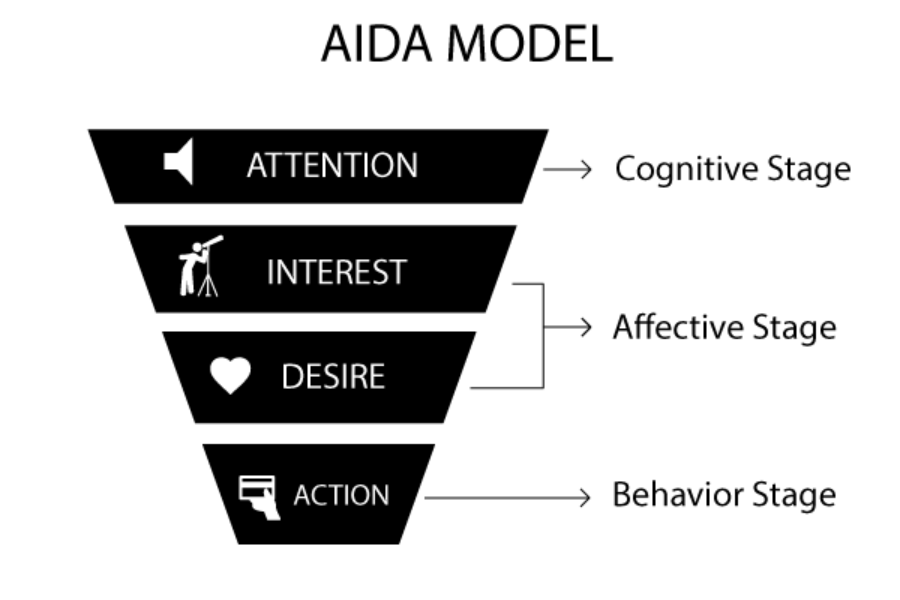 AIDA is an acronym that stands for Attention, Interest, Desire and Action. The AIDA model is widely used in marketing and advertising to describe the steps or stages that occur from the time when a consumer first becomes aware of a product or brand through to when the consumer trials a product or makes a purchase decision. Given that many consumers become aware of brands via advertising or marketing communications, the AIDA model helps to explain how an advertisement or marketing communications message engages and involves consumers in brand choice. In essence, the AIDA model proposes that advertising messages need to accomplish a number of tasks in order to move the consumer through a series of sequential steps from brand awareness through to action (purchase and consumption).
The AIDA model is one of the longest serving models used in advertising, having been developed in the late nineteenth century. Since its first appearance in the marketing and advertising literature, the model has been modified and expanded to account for the advent of new advertising media and communications platforms. A number of modified alternative models are in current use. During the past 100 years, the model has undergone many refinements and extensions, such that today there are many variants in circulation. Thus, the simple AIDA model is now one of a class of models, collectively known as hierarchical models or hierarchy of effects models.

The AIDA Model:
The AIDA model is just one of a class of models known as hierarchy of effects models or hierarchical models, all of which imply that consumers move through a series of steps or stages when they make purchase decisions. These models are linear, sequential models built on an assumption that consumers move through a series of cognitive (thinking) and affective (feeling) stages culminating in a behavioural stage (doing e.g. purchase or trial) stage.[1]

The steps proposed by the AIDA model are as follows:[2][3]

Attention – The consumer becomes aware of a category, product or brand (usually through advertising)
↓
Interest – The consumer becomes interested by learning about brand benefits & how the brand fits with lifestyle
↓
Desire – The consumer develops a favorable disposition towards the brand.
↓
Action – The consumer forms a purchase intention, shops around, engages in trial or makes a purchase
The common thread among all hierarchical models is that advertising operates as a stimulus (S) and the purchase decision is a response (R). In other words, the AIDA model is an applied stimulus-response model. A number of hierarchical models can be found in the literature including Lavidge’s hierarchy of effects, DAGMAR and variants of AIDA. Hierarchical models have dominated advertising theory,[4] and, of these models, the AIDA model is one of the most widely applied.[5]

As consumers move through the hierarchy of effects they pass through both a cognitive processing stage and an affective processing stage before any action occurs. Thus the hierarchy of effects models all include Cognition (C)- Affect (A)- Behaviour (B) as the core steps in the underlying behavioral sequence.[6] Some texts refer to this sequence as Learning → Feeling → Doing or C-A-B (cognitive -affective-behavioral) models.

The purchase funnel illustrates the relative number of prospective purchasers over time
The basic AIDA model is one of the longest serving hierarchical models, having been in use for more than a century. Using a hierarchical system, such as AIDA, provides the marketer with a detailed understanding of how target audiences change over time, and provides insights as to which types of advertising messages are likely to be more effective at different junctures. Moving from step to step, the total number of prospects diminishes. This phenomenon is sometimes described as a “purchase funnel.” A relatively large number of potential purchasers become aware of a product or brand, then a smaller subset becomes interested, with only a relatively small proportion moving through to the actual purchase. This effect is also known as a “customer funnel,” “marketing funnel,” or “sales funnel.” [8]

The model is also used extensively in selling and advertising. According to the original model, “the steps to be taken by the seller at each stage are as follows:

Join us on a trip of passion, innovation and experience.
Let us do magic!